If you are considering buying a car, it is usual that you will want to establish its quality. You want a good quality car that lasts, has low maintenance costs and is economical to run. For a less tangible product like electrical energy, we are less aware of the importance of monitoring its quality aspects. The quality of electrical energy is described by the term Power Quality and is safeguarded by standards and guidelines.

The costs of poor Power Quality are usually paid for out of the maintenance budget and are seen as unavoidable. At the same time, Power Quality is coming under increasing pressure due to the increase in electronic equipment and decentralised energy generation. By providing insight into Power Quality and managing this data, costs are saved and the quality of the organisation and end product is increased.

The voltage (U) is expressed in Volts (V) and in the Netherlands ideally has an effective value (RMS) of 230 V (low voltage), a frequency of 50 Hz and is sinusoidal. This voltage is generated in the power plants and is available to the end user via the national and local distribution network. If the voltage offered is purely sinusoidal and the load is linear, the current will be purely sinusoidal throughout the installation.

The figure below shows a motor connected behind a mains transformer. The mains, the system and in particular the mains transformer form an impedance. The motor has a linear behaviour and will draw a sinusoidal current. Therefore, after the impedance the voltage is slightly lower (voltage drop) and also slightly shifted in phase (inductance), but it is still sinusoidal.

Voltage drop due to impedance

Voltage drop due to impedance

In order for equipment to work properly, responsibilities lie with three parties:

The minimum quality of the voltage in the Netherlands is laid down in the Grid Code. This is derived from the EN50160. The European standard EN50160 states, for example, that the voltage may not deviate more than 10% from the nominal value during a one-week period of consideration. The limit values within the Grid Code are stricter than those in EN50160.

Preconditions for the flow

When it comes to voltage quality, we distinguish between continuously occurring phenomena and temporary phenomena.

We will briefly discuss some of the phenomena.

Normally, mains voltage is purely sinusoidal. If a linear load (such as a light bulb, motor or capacitor) is connected to this, the current flow will be purely sinusoidal. When a non-linear load is connected to a linear voltage, it will draw a non-linear current. This current is called a "polluted current" or "non-linear" current. For example: a non-linear current can look like figure 4. Dirty currents can be found at pumping stations, on ships, in hospitals, data centres and low-energy office buildings.

A non-linear flow represented as signal and in Fourier analysis

Periodic sinusoidal signals can be composed of several sinusoidal signals of different frequency. This is represented in a harmonic spectrum, also called fourier analysis. This analysis is used to identify power quality problems.

The short-term or immediate effects of harmonic pollution are:

When norm values are exceeded, this results in the occurrence of a problem:

Read more about higher harmonics in the white paper

Read more about voltage dips in the white paper

The costs of poor power quality are not always visible and are often paid for out of maintenance budgets. When integrating energy measurement systems for energy saving purposes, it is certainly worthwhile to take the Power Quality aspect into account and integrate it into the measurement concept. This relatively small additional investment makes it possible to proactively monitor Power Quality, improve it where possible and monitor responsibilities.

Power Quality Management is a continuous improvement process of measuring, analysing and improving with the aim of reducing maintenance costs and increasing availability. The fact that this also saves energy is a nice bonus. We continuously go through three steps: measure, analyse and improve.

Read more about specific substructures in one of the white papers below. On the corresponding page, you can request the white paper free of charge as a PDF.

Go to the complete overview of white papers 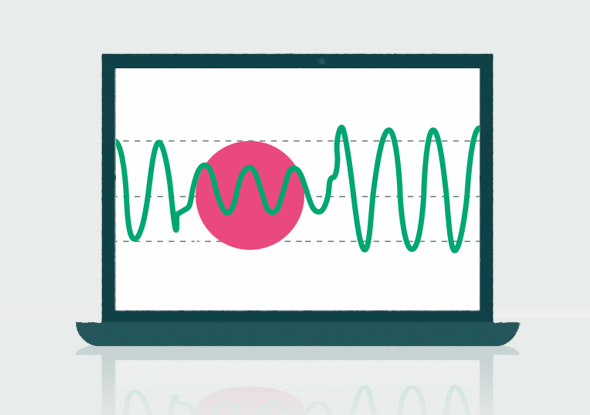 Would you like to know more about energy management, measuring, analyzing or Power Quality? Fill in the form. We will contact you!