The need for continuous measurement

When Wiebe de Jong took over Van den Bor Elektrotechniek in Nijkerk 12.5 years ago, his first investment was a professional meter. That step is still invaluable for his company and his clients. "Thanks to continuous measuring and my cooperation with fortop, I save clients a lot of money", says the director-owner.

"Without meters I am nothing

In the event of a malfunction, we are quickly on site with the right solution

"Without meters I am nothing", de Jong smiles about the importance of power quality analysers for his company. He mainly works for industrial companies, varying from a feed company and the food industry to machine builders and a freezing company. Speed of action and a good technical insight are the strengths of Van den Bor Elektrotechniek. "For most of our clients, a continuous production process is crucial. In case of malfunctions, we are quickly on site with the right solution."

"Measuring and analysing is not only important for that," says De Jong. He also provides clients with valuable information that leads to enormous savings. An example is not hard to find: "A company wanted to centralise three production lines in Nijkerk. Two of them were still located elsewhere in the Netherlands. The question was whether the power capacity was sufficient for centralisation. After extensive measurements, I gave a positive recommendation. That saved the company the purchase of an expensive transformer."

Risk of failure and stoppage

The practical example was followed up when the company later wanted to expand. Again, Van den Bor Elektrotechniek started measuring and analysing. "Then I concluded that there was a structural overload of twenty percent. Based on that, the company made the installation heavier at the right time, so that they eliminated the risk of failure and downtime," says De Jong. 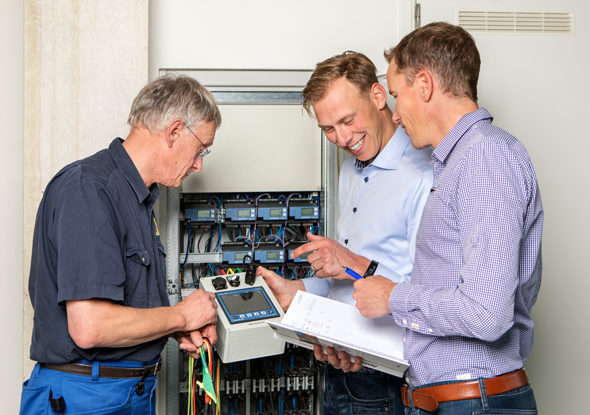 Sparring with fortop for surprising solutions

The director has been working closely with Fortop in recent years. De Jong likes to 'spar' with the company in Zwartsluis. "Measuring is knowing, but it is even more important that you know what you are measuring. Fortop not only supplies the power quality analysers of Janitza, but also has a lot of knowledge and practical experience. That mix makes it a good partner. Thanks to our synergy, one plus one is not two, but sometimes four. Together we often come up with surprising solutions with which we create a lot of added value for our customers.

The mix of metres and knowledge makes fortop a good partner

A new practical example substantiates this claim. Van den Bor Elektrotechniek was called in by a company that was continually struggling with power failures. "Measurements showed that the problem lay in the medium-voltage grid. Together with Fortop, we established that the grid manager was not delivering the required quality. We were able to fully substantiate this in a joint report. The grid manager took that report very seriously and eventually solved the problem for our client. That also shows that Fortop is known as a professional company with a lot of knowledge.

Together we develop customer-specific solutions

Meanwhile, the partnership has also produced a new product. "We have developed a concept that ensures a clean grid, so that you get more out of the available power capacity. This avoids the need to install heavy equipment to power machines.

The design is by fortop and we built the installation. This is a concept that you don't buy on the market, but that we developed together in a customer-specific way." 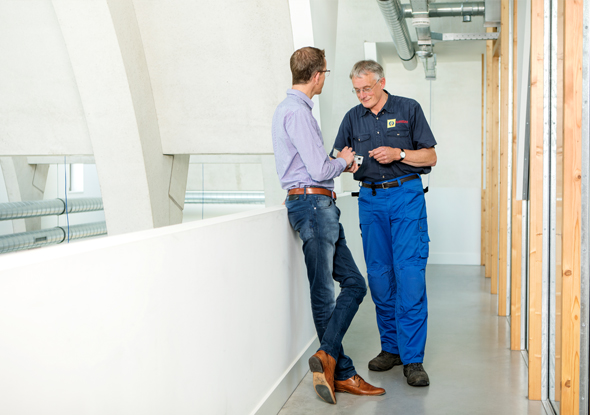