fortop continues its journey in a larger building 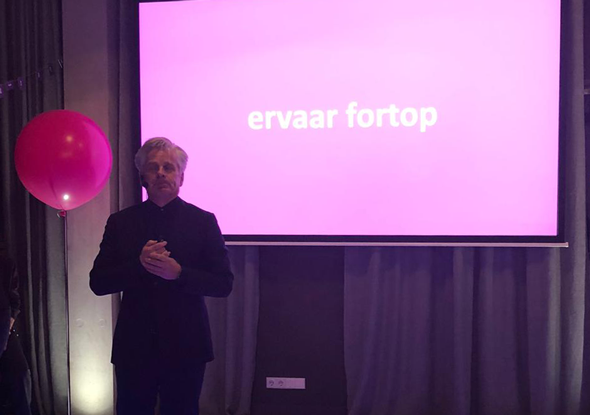 With an expanded headquarters in Zwarstluis, the Netherlands, fortop continues its journey that began in 2000. Ton Kanters and Harmen Sikkema started their company at that time in Zeewolde. Twenty years later, they are working with 37 colleagues from a building that is built with an eye on the future. On the 22nd of November, the new building was officially opened with a big party for employees, family, friends and other guests.

In 2012, fortop moved from the polder to Zwartsluis. Then the team started to make a big expand, especially in 2016 and 2017. “At the same time, we felt the need to show more of what we do. ‘Customers don’t know how good we are’.” is what we often say. Now we can show that in our ‘fortop experience centre’. “Think of it as a permanent exhibition,” Harmen said during the opening.

After two years of planning and developing the plans can show be shown off. The outside promises a lot and the inside fulfills all expectations. “With this building we go much further than what the Building Decree requires,’ said Sikkema about the attention to sustainability. The architectural quality and the interior do the rest. Studio Jeroen van Zwetselaar left a beautiful mark on the building. Furthermore, local companies were mainly involved in the construction process. They ensured that the company could continue to work ‘normally’ during the new construction. 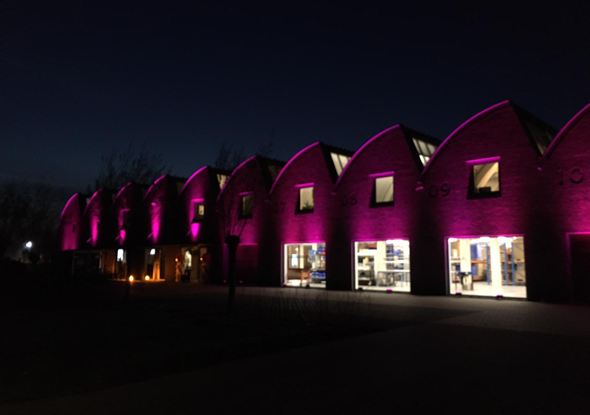 During the opening, Harmen briefly looked back at the history of the company. A meeting with Ulrich Nedbalek was crucial in this. “We visited the Janitza stand several times during the Hannover Messe, but we did not meet Ulrich. When we went to the parking lot, he finally called. We shook hands and immediately felt confidence. Now, we are twenty years further…”

The cooperation with the other suppliers and the now 37 employees are important as well, for the ‘beautiful route’ of fortop, according to Sikkema. “We often make comparison with soccer, where you need attackers, midfielders, defenders and coaches. We form that as the fortop team. We talk about ‘we’ at fortop, and not ‘me’. Actually that team does not consist of 37 people, but more than three thousand. Our suppliers’ employees also count for us.

Before the opening, Smart AV, from Zwartsluis, put the new building in the pink light. The color that is also in the fortop house style. Visitors had a tour, where employees told their activities at fortop. Elisabeth, Harmen and Ton officially opened the new headquarters by showing a video about the construction process. Then the attendees enjoyed a party. DJ duo ‘De Disconijnen’ opened the party with ‘Reach out, from the Four Tops’.