Where contrast sensors function on the basis of a similar principle, color sensors have a high reliability with multi-colored backgrounds. A color sensor is set via the teach-in function and detects RGB color channels based on the set values.

View contrast sensors in the webshopAsk your question 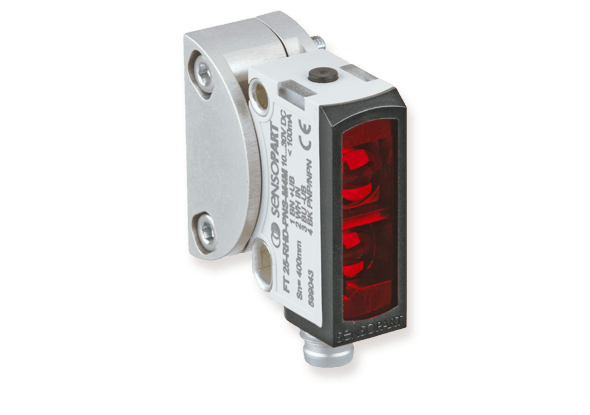 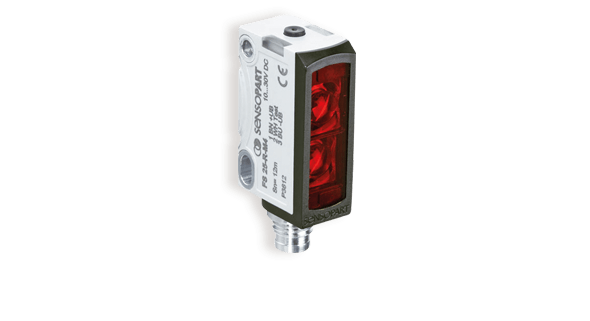 F 25: For every application the right sensor

Colour sensors work according to the principle of energetic reflection, in which the partial spectra of red, green and blue are evaluated separately. The three colors are transmitted one after the other and the amount of light that is reflected by the target object is registered individually at the FT 25-C sensor.

Contrast sensors work according to the principle of energetic reflection and detect gray scale differences on matt, glossy or transparent objects and surfaces. The F 25-series photocells are convincing not only by the wide range of variations, but also by many useful details that make the difference in an application. All F 25 sensors from SensoPart are available as laser and LED versions.

The FT 25-RHD is equipped with an ASIC microchip for very high accuracy and unique background suppression. Even a reflective or glossy background has no effect on the detection of an object by this sensor. This guarantees very stable operation of the machine.

Despite the compact design, the FT 25-RHD detection sensor is able to detect materials or products at distances up to 400 mm! This makes the detection sensor extremely suitable for difficult conditions with limited installation space.

What makes the FT 25-RHD absolutely unique is the minimum link hysteresis on black compared to white. This makes the sensor easy to use, even in places where a large variety of colors occurs and where precise switching is required. At a distance of 100 mm, for example, this sensor has a complete color-independent switching point. This sensor beats all other sensors with ease. 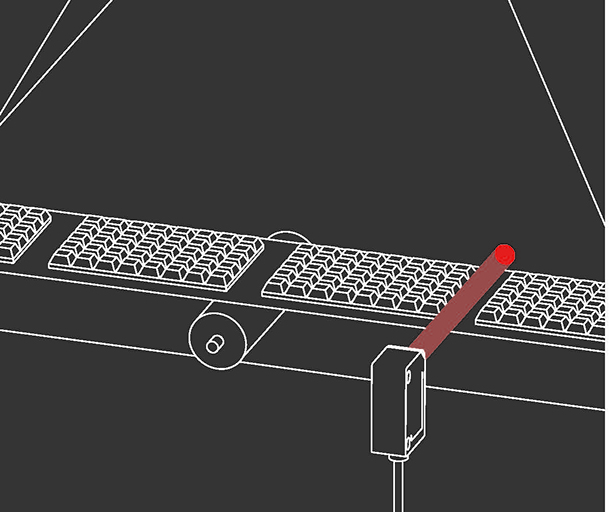 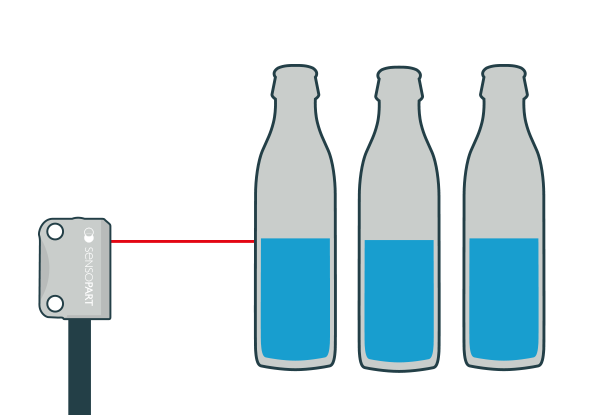 In addition to an analog voltage output 1… 10 V, the compact distance sensor FT 25-RLA also has a switching output with two adjustable switching points as a window mode for two-point control. Thanks to the compact design 34 x 12 x 20 and the simple teach-in operation, the sensors are very suitable for simple measurement and control tasks at distances up to 200 mm (20-100 mm FT 25-RLA / 20-200 mm FT 25-RA ) with a resolution from 0.12 mm. The FT 25-RLA sensors are available in both LED and laser versions. Read more about analog sensors for distance measurement. 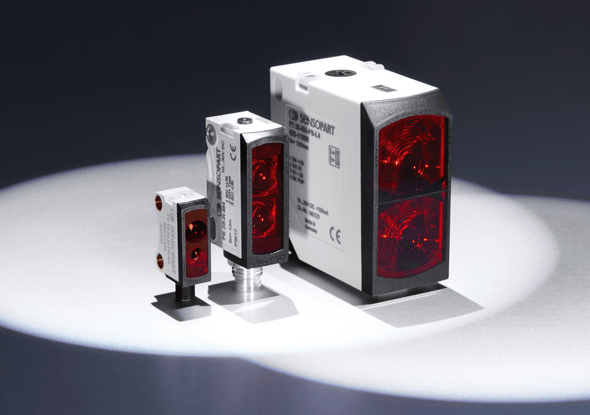 There are editions with adjustable and fixed switching distance. Because of the different connection and switching distance like I/O-link and auto-detect-editions, there are more than 100 models available. All models have a compact housing form.

IO-link is the first standardized IO technology (IEC 61131-9) worldwide for communication with sensors and actuators. The SensoPart series F 25 LED is now equipped with IO-Link as standard.

With IO-link it is possible to read product parameters from the sensor to a higher level. These can be parameters such as measured value, switching status, signal quality or operating hours. Read more about IO-link. 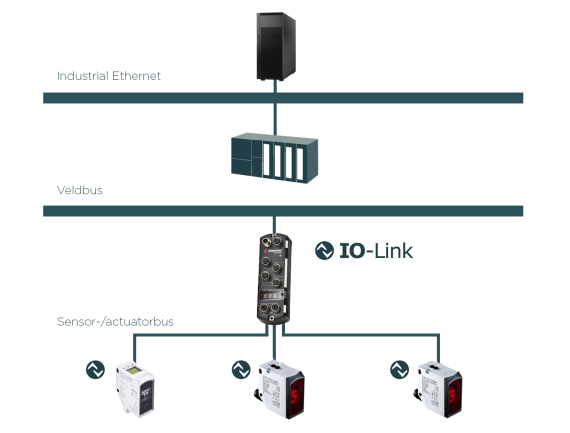 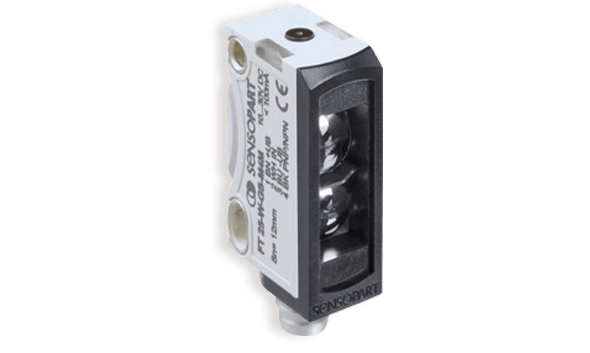 The FT 25-W contrast sensor uses white light and has a very small and accurate rectangular light spot (1 x 4 mm²). This also makes it possible to detect very small printed markings and colored objects with weak contrast differences. The sensor can be parameterized during running machines and during the teach-in process, the switching threshold automatically adjusts to the object, color and background.

Due to the high switching frequency (25 kHz) of the FT 25-W and FT 25-RGB contrast sensors, the front edges of printed markings are very precisely detected and achieve maximum positional accuracy. This also ensures reliable sensor switching behavior, even at very high processing speeds. The FT 25-RGB contrast sensor has three different transmissions LEDs (red, green and blue). During teach-in, the sensor evaluates the taught-in contrast and then automatically selects the ideal transmission color (red, green or blue) for the contrast present. As a result, even extremely low contrast differences can be reliably detected. 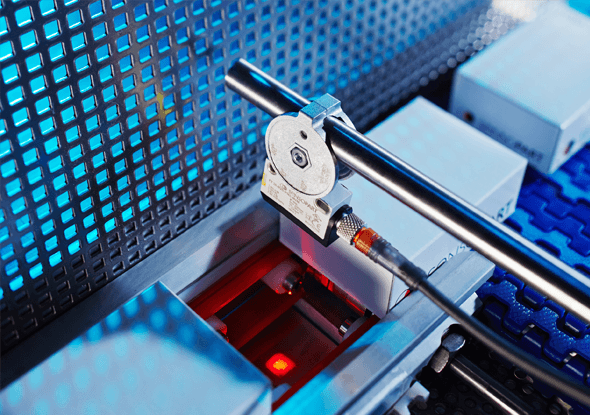